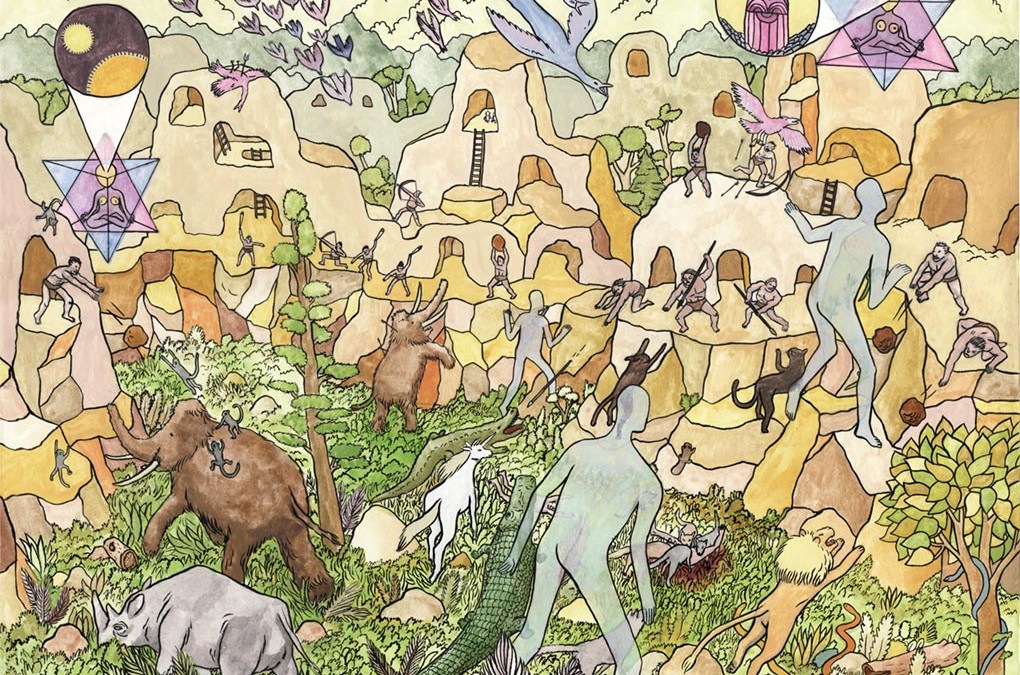 I found an incredible web comic last night, thanks to Boing Boing. It’s called Forming and is written and illustrated by Jesse Moynihan. 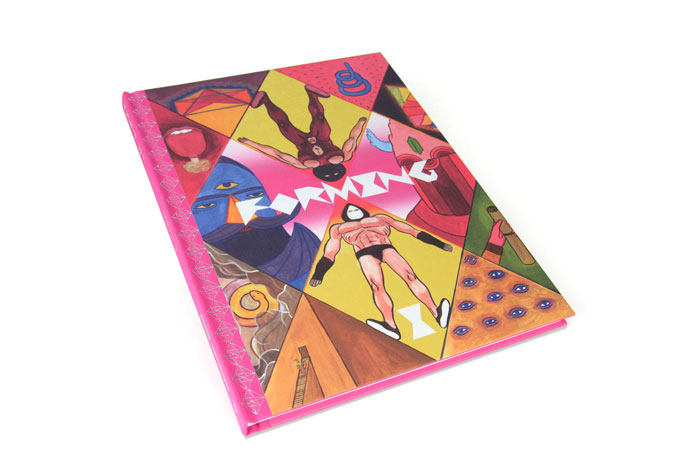 Forming is a mish-mash of various creation myths combined with wrestling and super hero imagery and sci-fi utopianism. It’s one of those comics that you start reading with dread that it’ll be another weird for the sake of being weird comics, but after only a few pages you’re hooked by the vision of Moynihan’s beautifully realised universe (or should that be universes?).

Moynihan somehow manages to make the reader care for the bizarre looking people who populated this universe tens of thousands of years before the common era. Forming is a really skilfully produced comic. 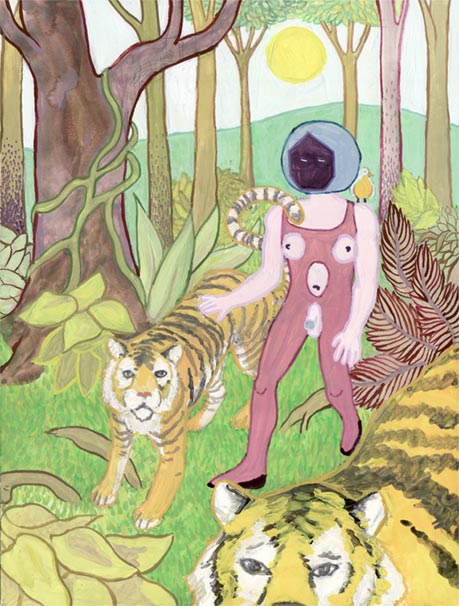 Moynihan has also recently produced a short cartoon about a space god’s daughter who has to rescue her brother from a rival space god.

Manly is only six minutes long, but displays the same skill of creating fully realised, engaging characters in a short space of time. It’s hugely impressive work, which when one looks at Moynihan’s commercial work for Cartoon Network – Adventure Time, looks all the more incredible. Adventure Time has the feel of most of Cartoon Network’s output. I know little about TV, but I presume this is because everything they do goes through the same middle management dullards that kill any creativity the originator begins with.

Jesse Moynihan is a huge talent. Once I have finished the web comic I will be hitting this link and buying Forming in print. People like Moynihan should be praised and supported. Creativity on this scale is rare; and dedication to one’s own vision such as displayed with Forming and Manly is something to be enjoyed again and again.