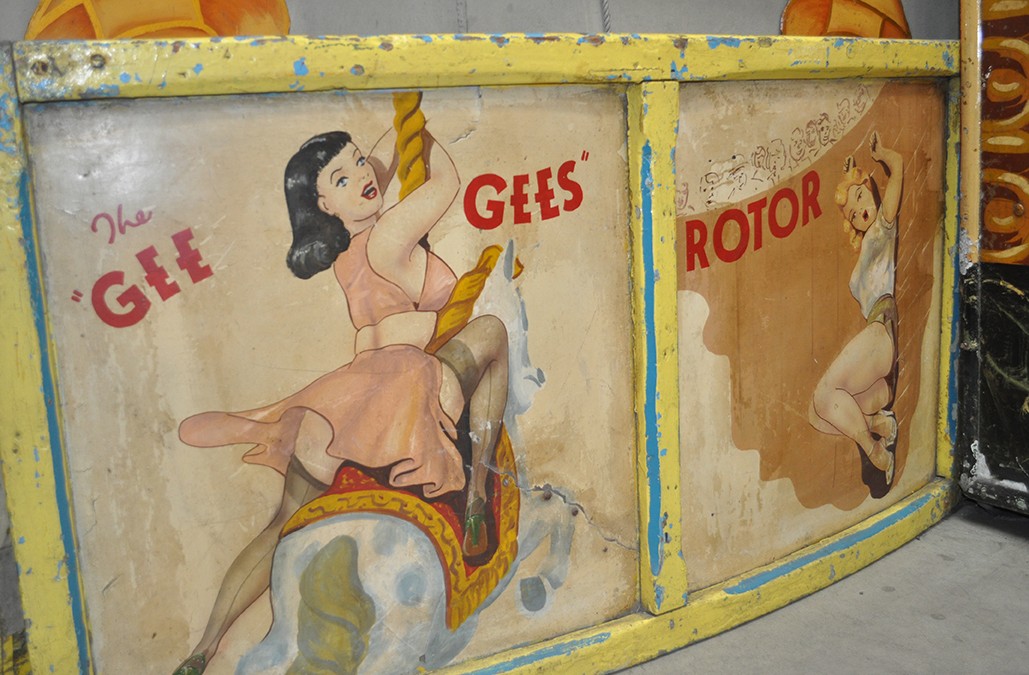 I did express veiled scepticism in my first blog post at my ability to keep this blog regularly updated, but here we go, I’m back… 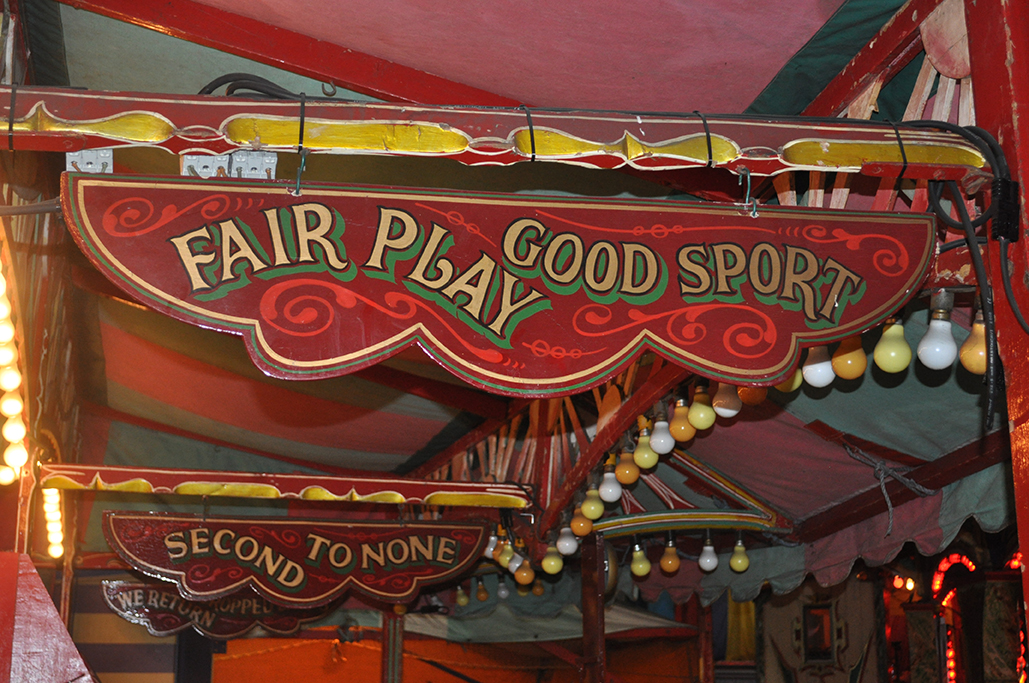 Dingles Fairground Heritage Centre is situated in Lifton, Devon not far from Launceston. The museum contains a huge amount of fairground art and memorabilia, excellently preserved vintage rides, stalls and arcade machines. Dingles is a fantastic place to visit, especially as they have several working rides that you can go on, including the best dodgems I’ve ever been on. The thing I really love about the place is the art and memorabilia. Everything harks back to a bygone age when craftsmen put their heart into decorating something they were passionate about. It’s a bit like the attention to detail you see on carvings in cathedrals. The detail is almost superfluous, but the artist can’t help but put all of themselves into it. 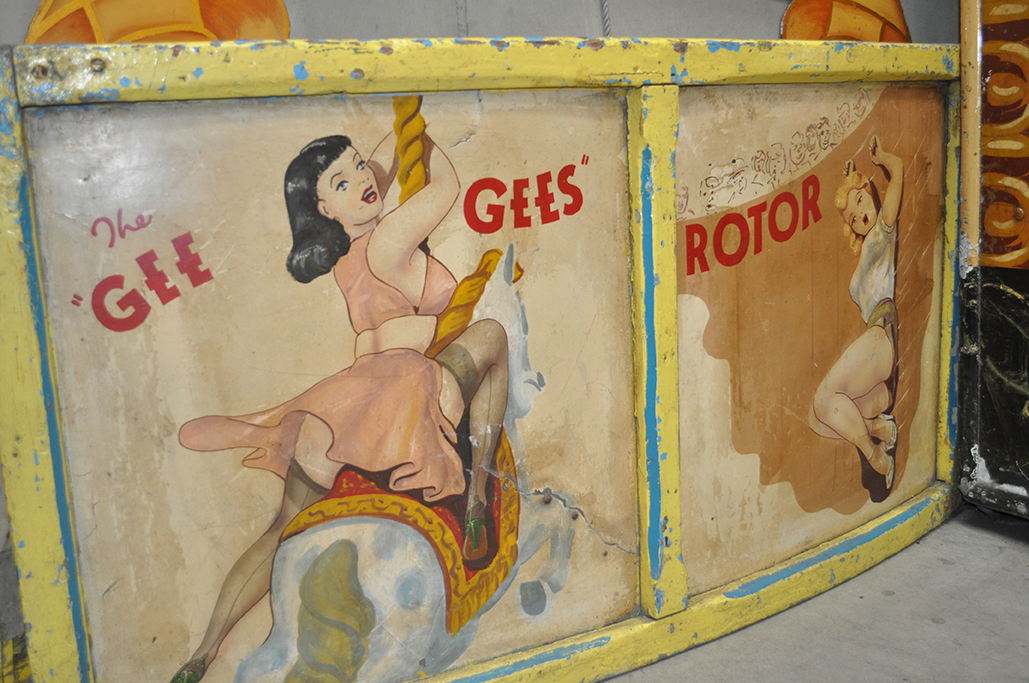 I find it hard to imagine what impact this artwork would have had on fairgoers in the ’50s. My impression is that 1950s UK was a drabber, even dourer, place than today’s UK. Did the combination of flashing lights, and lively, colourful artwork lift people’s moods, along with the consumption of candy floss and being spun at great speeds? Whilst I’m asking myself questions, I’d also like to know of people really were scared of Ghost Train rides. 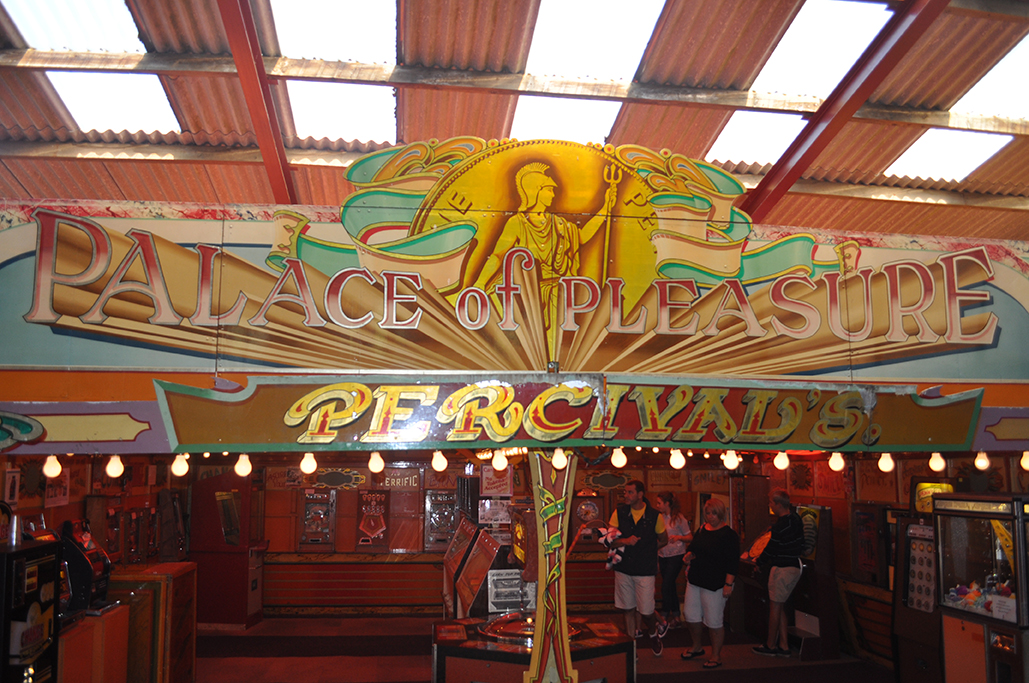 Another great aspect of this artwork is it all uses hand lettering, the quality of which is truly outstanding. 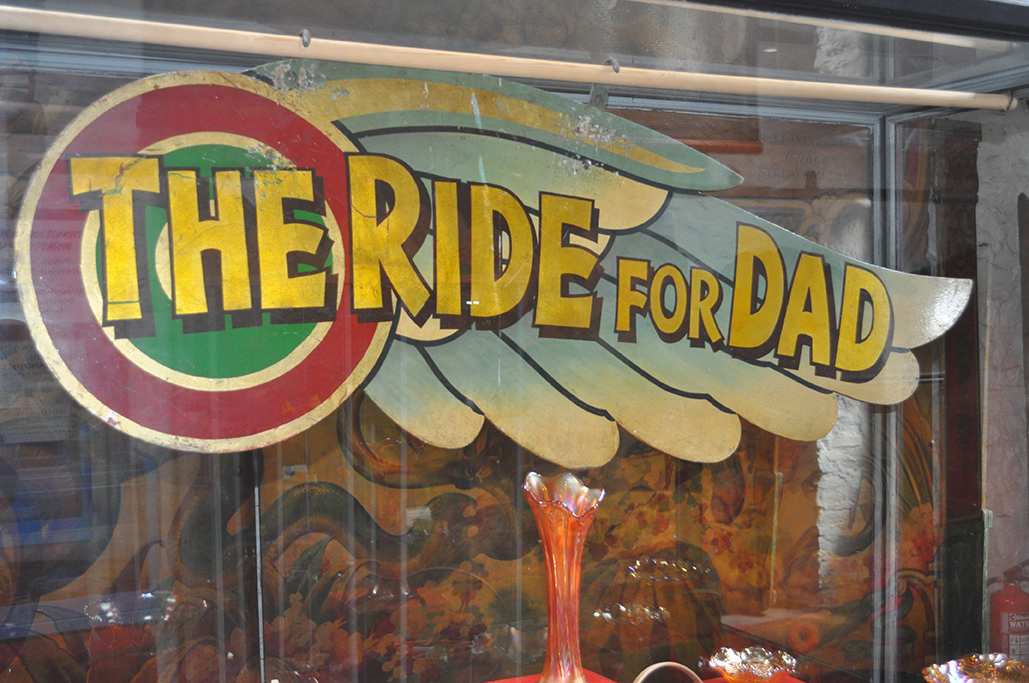 Unsurprisingly, Dingles has been used as the location for several music videos and adverts – nostalgia is en vogue! The fairground rides have been featured in an ad for the NME Shockwaves Rock’n’ Pop awards, Jenn D’s video for her single You Keep Giving Me Love, CBBC’s – Hoopla! with Dick and Dom, Superdry’s vintage thrift adverts, New Look adverts, Ultimo Lingerie adverts, Republic adverts and provided backdrops and props to M&S and leading fashion magazines. In 2010, the ‘What Car?’ Car of the year shoot took place at the fairground. Cornish band 3 Daft Monkeys and Devon based The Adventures of… have also shot videos there.